Hello, my name is Sherry-Ann and I work as a Material Developer for two Continental tire products, ContiSeal and ContiSilent. For ContiSeal, we develop material for tires that enables them to “heal” and reduce the consequences of a puncture so that drivers can continue their journey unimpeded. For ContiSilent, we have developed an adhesive that is used to attach foam to tires to reduce the noise. With e-mobility becoming more important, this increases driving comfort and makes driving smoother and more enjoyable.

For me, a typical day at Continental involves assessing how we can optimize our development of materials. I also liaise with plants and suppliers in order to streamline our production methods. We are currently building a new Development Center and working alongside ContiTech to develop new materials which will increase product performance and create a more technical

environment with stronger R&D capabilities. My vision is that Continental will remain a leader in this competitive area. In order to achieve this, we cannot stand still and must continue to innovate.

My journey to becoming a Material Developer began as a child. I attended an all-girls secondary school in Trinidad, and this really set the foundation for me believing I could be free to try literally anything. I then moved to the USA, where I spent four years studying Chemical Engineering with a minor in Anthropology at Lafayette College, Easton Pennsylvania. Although primarily a Liberal Arts institution, Lafayette is also very strong in Engineering, and this environment encourages students to think outside the box and be courageous.

After Lafayette, I studied for a PhD in Chemical Engineering at the New Jersey Institute of Technology. My thesis was on renewable energy, with a particular focus on photocatalysis for carbon dioxide conversion via artificial photosysnthesis. During the time, I also had the chance to teach a few courses and do some industrial internships. As I struggled with the choice between staying in academia and joining the corporate world, my internship experiences greatly aided my decision to ultimately enter the corporate world.

Having spent eight years studying in the US, I wanted to experience more of the world while also developing my career. I had some great memories of Europe from my time studying in Madrid, Spain in 2010, and in 2016, when I met staff at Continental’s assessment center in Hannover, they were open, friendly and supportive. This confirmed in my mind that I would like to work for Continental Tires in Germany.

My friends and family would describe me as someone who encourages others and believes in taking risks in the quest to innovate. Through my role at Continental, I try to inspire my colleagues to step outside their comfort zone. I am also very persistent and won’t shy away from any challenges. If someone tells me something can’t be done, I will repeatedly ask for hard facts  – until I get an answer.

I love working at Continental. I feel privileged to be part of a truly multi-national company that places a high emphasis on diversity, not just in terms of gender, but also cultural and academic backgrounds. My dream is that one day my mother in Trinidad can buy a ContiSeal tire and say “my daughter worked on this”. Continental’s culture makes this dream possible. This has given me the opportunity to develop and innovate in a structured environment, while having a truly global impact. 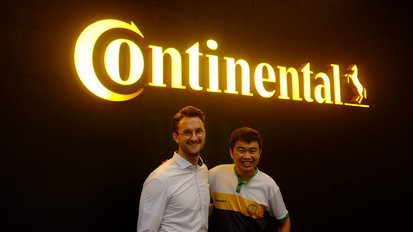 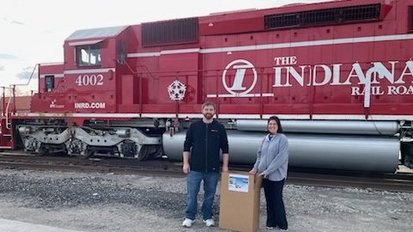