Since 1871 we develop pioneering technologies and services for sustainable and connected mobility of people and their goods. Find our more about our company on these pages.

Hanover, November 9, 2018. According to the Continental Mobility Study 2018, German drivers are ambivalent about automated driving. While around two thirds would prefer to be chauffeured electronically through stressful traffic jam situations or narrow roadworks on the highway, the number of people who doubt the technical reliability of the technology has risen from 48 to 57 percent in the last five years. Just under two thirds of respondents express anxieties about automated driving – compared with around half five years ago. Accidents that occurred during test drives in the USA have likely played a role in this.

“The results of our mobility study show that trust in new technologies for the mobility of the future is of enormous importance. New developments must therefore be introduced onto the roads in a responsible way. The technologies have to be safe, robust and reliable. Our industry has to become even better at explaining that automated driving is being developed gradually and not in a  revolutionary way. Furthermore, many drivers are completely unaware that accident figures are already being drastically reduced by current driver assistance systems such as emergency brake assist, blind spot warning systems and lane-keeping assistants. As understanding increases, so too does acceptance,” said Continental CEO Dr. Elmar Degenhart ahead of the publication of the study’s results.

The Continental Mobility Study 2013 already showed that drivers who had experience of driver assistance systems also had a more positive view of automated driving. For those who have had a chance to experience how reliably emergency brake assist functions in their own car, for instance, the fundamental question of whether automated driving works was already settled five years ago.

According to the technology company’s study, acceptance of automated driving has grown substantially in the USA, Japan and China in the last five years. In the USA, 50 percent of drivers now consider automated driving a sensible development, an increase from 41 percent five years ago. In China, the figure stands at 89 percent (up from 79 percent), and 68 percent in Japan (up from 61 percent). In Germany, acceptance remains unchanged at 52 percent. Here, above-average approval (65 percent) can be found among 31- to 45-year-olds as well as among drivers who live close to major cities (61 percent).

For the Continental Mobility Study 2018, the technology company commissioned the market and social research institute infas to conduct a representative survey of drivers in Germany, the USA, Japan and China. Experts from science and the automotive industry were also interviewed. This makes the study one of the most comprehensive of its kind worldwide on the acceptance of advanced driver assistance systems and automated driving.

Please click here for more information about the 2018 Mobility Study.

With the Cruising Chauffeur, Continental offers an assistance system for highway and secondary roads that supports the driver on longer distances and allows the driver to relax during daily commute. 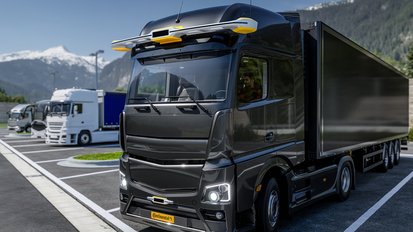 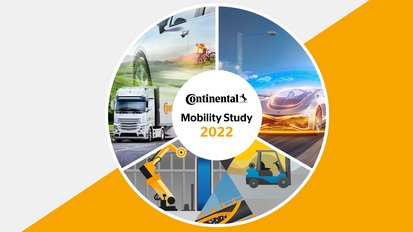 High Energy Prices: People Are Worried about the Affordability of Their Mobility

June 30, 2022 People are increasingly worried about the affordability of their mobility. This is one of the key findings of the Mobility Study 2022, published today by Continental. 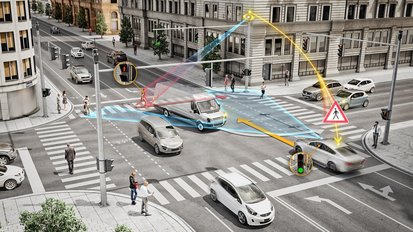 Continental Develops Intelligent Solutions for Automated Driving in the City