Hanover, November 19, 2018. The 2018 Continental Mobility Study shows that the vast majority of Germans embrace public transport but snub carsharing and carpooling. While one third of respondents would be prepared to use robo-taxis, the majority remain somewhat skeptical. When it comes to current and future mobility services, opinions in Germany differed significantly in some cases from those in the U.S.A., China and Japan, where people are much more open, particularly about robo-taxis.

For large cities, which are increasingly being stifled by today’s private transport, robo-taxis offer an effective and efficient alternative. They can operate continuously, while private cars are often parked for an average of 23 hours a day. Autonomous robo-taxis can also help people get around enclosed premises such as campuses, amusement parks and shopping malls.

Four out of five Chinese people could imagine using a robo-taxi, along with almost half of respondents in the U.S.A. and Japan. In Germany, city dwellers expressed the most positive attitude toward this concept, with 41 percent willing to consider using driverless taxis. It is striking that, in Germany, all age groups appear less accepting, with no noticeable difference between drivers and non-drivers. Women proved most skeptical, with three quarters saying they would not use a robo-taxi.

“We are convinced that, in the future, driverless vehicles will form the backbone for transporting people and goods in the ever-expanding metropolitan regions around the world. As part of modern mobility, robo-taxis will help to not only reduce traffic jams, accidents and air pollution, but also free up parking spaces in cities. The Continental Mobility Study shows that many people are open to this concept,” says Dr. Elmar Degenhart, chairman of Continental’s Executive Board. “Test drives with our CUbE (Continental Urban Mobility Experience) platform at the 2018 IAA Commercial Vehicles and at the Frankfurt University of Applied Sciences (Frankfurt UAS) have received excellent feedback from passengers.”

Chinese respondents are excited by the prospect of robo-taxis, with just 2 percent rejecting the idea completely. Opinions are fairly balanced in the U.S.A. and Japan, with 48 percent approval in the U.S.A. and 45 percent rejection in Japan. While attitudes remain more or less the same across all age groups in Japan, two out of three Americans aged 30 and under could see themselves using a robo-taxi. Over 50 percent of respondents aged 60 and over rejected the idea outright. More than half of city dwellers in Japan and the U.S.A. stated that they would use a driverless taxi.

Just one third of motorists in Germany, the U.S.A. and Japan are open to existing mobility solutions such as carsharing and carpooling. By contrast, around half of those aged 30 and under in all three countries would be open to these services. Most drivers over 60 in Germany and the U.S.A. (and around a third in Japan) refuse point-blank to use such services. Acceptance may be slightly higher in large cities, but still stands at less than 50 percent. In China, however, three out of four motorists are open to carpooling and carsharing. Even in the over-60 age bracket, around two thirds of Chinese respondents would use these services.

Public transport will continue to play a key role in the future. However, Germany is the only country where demand remains high: Two thirds of drivers and non-drivers surveyed stated that they would prefer public transport, compared with around half of Japanese respondents and four out of ten drivers in the U.S.A. Just one in ten German drivers categorically rejected the idea. Germany stands out in this regard: More than 70 percent of motorists aged 30 and under as well as those over 60 would prefer public transport, along with over 80 percent of city dwellers.

For the 2018 Continental Mobility Study, the technology company commissioned infas, the market and social research institute, to conduct a representative survey of drivers in Germany, the U.S.A., Japan and China. Experts from the world of science as well as from the automotive industry were also interviewed. This makes the study one of the most comprehensive of its kind worldwide on the acceptance of advanced driver assistance systems and automated driving.

Please click here for more information about the 2018 Mobility Study.

Continental has built a demo vehicle to enable driverless mobility, especially in cities. The vehicle, named CUbE (Continental Urban mobility Experience) will start its trials at Continental’s Frankfurt location. Solutions for driverless robo taxis are developed cross-divisional. The company has therefore access to an almost complete product portfolio of its own sensors, actuators, control units and communication and networking technology. 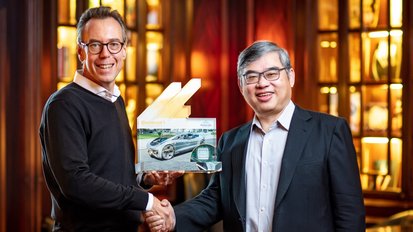 January 05, 2023 Continental and Ambarella, Inc., an edge AI semiconductor company, announced a strategic partnership. The two companies will jointly develop scalable, end-to-end hardware and software solutions based on artificial intelligence (AI), for assisted and automated driving (AD), on the way to autonomous mobility. 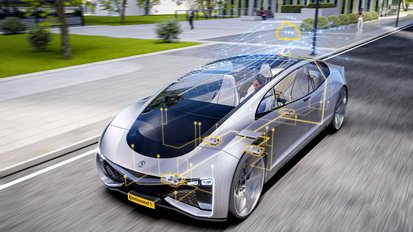 Continental Brings the Future of Mobility to CES 2023

December 15, 2022 Technology company Continental is inviting customers, media and the investor community to experience the future of mobility through its latest cutting-edge technologies. At CES 2023, January 5-8 in Las Vegas, Continental will display innovations that are evolving vehicles for future mobility needs – making our roadways safer, user experience more immersive and driving more sustainable.